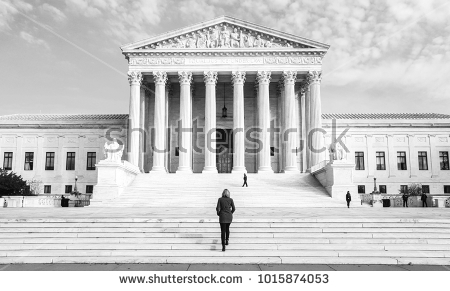 POTUS needs to stay strong and committed to this nominee. Historically, Incidents or infractions that occur while a Minor, is not transferred to Adult life. In addition, said incident was not reported to Local Authorities. Therefore, the Matter is inadmissible. I have two thumbs down on the claim. Democrats are conveniently ignoring the facts in their malicious attempt to derail the nomination.

This claim is a blatant attempt to conduct character assassination. This kind of behavior threatens Individualism. The mere fact that someone can appear 40 years later and say, you did something wrong when you were young and foolish, attempting to negatively affect your life, is alarming.

Almost all on Capitol Hill did something as a teenager they regret. People in Glass Houses should not throw stones. How many Democrats currently in Leadership do you think would allow their family member to be subjected to this kind of scrutiny? The answer is none. If the FBI is allowed to investigate unreported incidents that occurred during your teen years, I believe we would discover amazing tidbits.

An incident occurred 40 years ago and was not traumatic enough to be reported all these years. Suddenly Christine Blasey Ford finds the trauma so great that it must be reported. She cannot wait a moment later, now is the time. To add insult to injury, she will report the incident but will not testify under oath. Really? That is preposterous at best.

Brett Kavanaugh had much success during the 40-year period. Christine Blasey Ford had numerous occasions and years to air the dirty laundry. Why is it so important that “now is the time”? Now is the time in her mind because Brett Kavanaugh has attained his objective in Life. Appointment to the Supreme Court is a Lifetime position. Christine Blasey Ford is at best a sub-standard Psychology professor. Most of us took Psychology in school because we were forced to. Psychology is one of those courses you took, because the school would probably not give you the Degree unless you suffered through the malarkey.

Reporting an incident that presumably occurred 40 years ago, is an act that spans anywhere from malicious intent to defamation of character. This matter is about seizing an opportunity to ruin someone’s life. As long as Brett Kavanaugh remained a Judge (attorney) and she as a Doctor of Psychology, to the naked eye they were academically and professionally somewhat equal. However, my Tiebreaker money is on the Judge.

Now that Brett Kavanaugh will become a Supreme Court Justice, the equality academically and professionally no longer exists. Therefore, he must be barred at any cost from doing so. He must be denied the opportunity. Out with the Philosophy of the brotherhood of Man.

Unless you were a sheltered child, most teens did something they are slightly ashamed of or can be characterized, as being reckless. My suspicion is that everyone at this alleged House Party was in a drunken state of stupor. For all we know given her lack of complete recollection, she might have been the perpetuator. Perhaps, that was the reason it took her all this time to fabricate courage to make the claim. The honorable Justice looks like an Altar or Choir Boy, from my vantage point.

Whether Christine Blasey Ford testifies or not, is not likely to dispel doubts about her authenticity. Frankly, it is difficult in this case to get past the initial question of why now. For her to demand an FBI investigation as a precondition to testify, adds to the bewilderment. Does she believe the FBI is going to charge Brett Kavanaugh now? It is not only unlikely but also impossible. The FBI does not have jurisdiction in this matter. Seems to me, that the Democratic Party continues to march down the path of ridiculous to the border of absurd.

Even if the Bureau engage in a look and feel good investigation at the behest of the progressives, that process could take a year to produce predictable inconclusive evidence. The process of confirming Brett Kavanaugh cannot wait that long and the good Judge should not withdraw and POTUS should not ask him to do so.

The plot is to derail the process of confirming Brett Kavanaugh. The intent is to hijack the process with a presumed claim 40 years LATE. Does the Democratic Party care about the optics, of course not? The public is tired of the daily political ugliness that threatens the ruination of the Republic. Could it be that we are witnessing a political party reduced to a Judas, ready to destroy the idea of the founding fathers for the equivalent of thirty pieces of silver? Clearly, the kavanaugh matter is the best opposing argument by the Democrats since the confirmation hearing began but it is 40 years weak. Quite candidly, my Democratic Party antagonist is that the best you can do.

2 thoughts on “The Kavanaugh Matter”