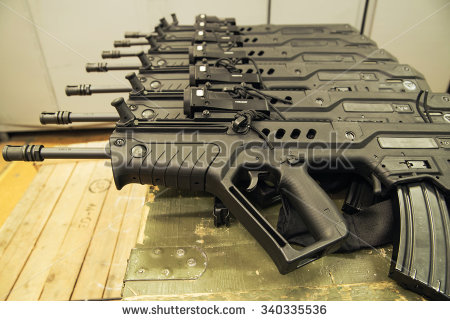 There should be a ban on the sale of assault weapons. Otherwise, we will continue to have incidents like the campus shooting at Virginia Tech, the Colorado Theater ambush, the Sandy Hook Elementary School massacre, and the Orlando Florida tragedy.

Purchasing an Assault Weapon is the equivalent of buying a car when you only need a Wagon. There is no point in purchasing an Assault Weapon if you are not planning to shoot it. Yes, you can go to the range but idiots buying Assault weapons are not interested silhouettes. Idiots buying Assault weapons are interested in shooting a pop up target, an animal, or another human being, and sometimes a spouse.

I am appalled that individuals can purchase Assault weapons in a civilized setting. How is it possible for it to be legal to sell Assault weapons in civilized Country? We need to stop selling Assault weapons. This is not a war Zone. Many of the idiots buying weapons would not serve a day in the military because they are physically or mentally incapable or just plain cowards. Unfortunately, those human beings commit heinous acts. Except in the unusual situation where someone snaps from imminent danger, there is no understanding use of an Assault weapon in a civilized setting. What happened in Virginia Tech, the Colorado Theater, Sandy Hook Elementary School, and Orlando Florida was Barbaric.

Sales of Assault weapons are not good for the civil health of our society. Gun shops are all about the money. Once again, greed rears its ugly head similar to those who took money to teach people how to fly airplanes and be blasé that said individuals had no interest in learning how to bring the equipment back to earth. Greed got us into a financial crisis. Our Society and way of Life is in danger of falling off the proverbial Cliff and our Authority elements are acting like Dim-Wits”. Greed from the sale of Assault Weapons will create mayhem in our society. We have to ban the sale of assault weapons.

The simple solution is to take some of that ridiculous money Superintendents of the schools make and install cameras at all corners. In addition, put a security detail together with qualified Guards and CCTV. Use common sense and security measures to ensure that unauthorized persons do not gain access to said premises. Have staffed and camera surveillance of all perimeter entrances and exits. Maintenance of such a system will require two shifts of Guards and the second shift is on duty until all school personnel leave each day.

Sales of Assault weapons are not good for the civil health of our society. School children massacred are not part of the Reproductive process. People being murdered on campus, Movie Theaters, and Night Clubs are uncivilized actions.