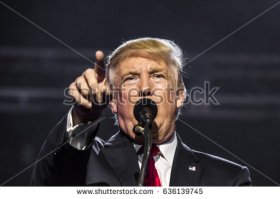 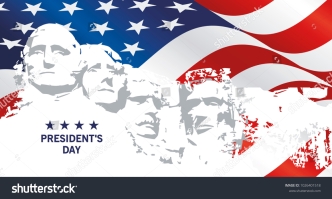 Wasteful talk of Impeachment was just that. However, that was just the first Salvo. The verbal Coup d’état will continue. The verbal uprising inclusive of the attempts to dismantle or abuse the Constitution might become an Annual event. The cast of characters delivering the Articles from the House of Representatives to the Senate is anticipated to be more colorful than the Barnum and Bailey circus. Certain members of the House appear to have squandered their loot from “the Speech” and no longer believe in “Content of Character”. Content of character applies to all Citizens of Country, including POTUS.

Despite the clamor for Impeachment and demonstrating to the people that Congress can rescind their vote, Country will experience rebirth after the 2020 Presidential Election. POTUS will trounce the Political morons. The Economy will exhibit resurgence consistent with the revitalization of Manufacturing in accordance with USMCA. Finally, the DEMOCRAT inspired cockamamie NAFTA is tossed.

To all the Bolsheviks of the DEMOCRAT Party, Capitalism is here to stay. Perhaps, there are entities who wish to revisit the Year 1776. All Elections in 2020 will be a referendum on the Republic. There have been several defining moments for the Republic. Election 2020 will be one with the equivalent of my Mentor position.

That a Bolshevik can gain access to the DEMOCRAT party and ascend to the highest Level within the organization is stunning. That might be the Russian Collusion they have been looking for. JFK has to be rolling over in his Grave. Who are these people attending Rallies and supporting a Bolshevik Campaign. Clearly, something is wrong. Whatever it is, add it to the List of key issues facing our nation. The supporters of this Bolshevik Campaign have clearly lost their Political Compass or never had one. How can one think of much less aligned oneself with a Bolshevik Campaign in Country?

The Bolshevik Campaign is a farce but consistent with the DEMOCRAT party. They hide behind the misnomer of “Democratic” to deceive. It is possible that Colonel Sanders promised supporters a Bucket of Chicken with Cool Aid to survive the Trip to Siberia. I suspect that the DEMOCRAT party position is, Impeachment failed but between now and the next attempt let us delude those challenged by Capitalism. Colonel Sanders is wealthy by any Standards, certainly by Siberian measurement. Yet his best advice for fellow Americans is Democratic Socialism. If the Colonel truly believes in his Campaign, when does he plan to give away the three Houses he owns and all Assets he acquired from practicing Capitalism? You, supporters of The Bolshevik Campaign, it is time to wake up.

Colonel Sanders supporters are attracted to Free – Stuff. One of the problems with Free Stuff is nothing of value is free. Your Birth was not free, and your Death will not be free. Therefore, why do you think Living should be free, on this Planet? Gullibility, which is of no value, is Free. Colonel Sanders supporters are susceptible to Gullibility and Quick to accept whatever they perceive as a way out. This exposes them to Political abuse.

Impeachment or Act One (1) of the Fantasy failed as predicted but buckle up there might be additional attempts. Those attempts might be slow in coming because the DEMOCRAT party is in disarray and desperately trying to decide how to stop Colonel Sanders from ascending to the Nomination. I cannot imagine the DEMOCRAT party wanting to be associated with the equivalent of a Bolshevik Revolution in 2020. That reality might be worse than the following facts. Too bad one cannot find Elements to Impeach in Retrospect.

Fact: During the Civil War era, the Republican Party wanted to end slavery and endow the freed slaves with full citizenship, equality, and rights. The Democrat Party opposed.

Fact: Lincoln Vice President, Andrew Johnson, was pro-Union but also a pro-slavery Democrat who was selected by Lincoln as a compromise candidate to attract Democrats. After Lincoln’s assassination, Johnson opposed Republican Party efforts in Congress to recognize the civil rights of the freed slaves. The Democrat Party continued to prevent any such efforts for almost a century.

Fact: The 15th Amendment, giving freed slaves the right to vote, passed in 1870 with 100% Republican Party support and 0% Democrat Party support in congress.

Fact: The Ku Klux Klan (KKK) was primarily an arm of the Southern Democrat Party. Its mission was to terrorize freed slaves and “nigger-loving” Republicans who sympathized with them.

Fact: President Eisenhower primary political opponent on civil rights prior to 1957 was Lyndon Baines Johnson, then the Democrat Senate Majority Leader. LBJ previously voted on straight segregationist line until he changed his position and supported the 1957 Act.

Fact: in the 1960’s the Democrat Party engineered a subversive strategy of getting blacks as dependent as possible on government to secure their votes. At the same time, they began a smear campaign to label anyone who opposes their clandestine strategy as racists.

On November 3, 2020, voters will remind Democrats, that this is a Republic not a Democracy. Intellectuals may argue that we have a Republic with Democratic Ideals. Politicians could engage in that discussion but would conclude that we were not given a Democracy with Republic Ideals. What is the difference? The difference is Capitalism. Capitalism embedded with Laissez Faire and Entrepreneurship, fast forward is the Stock Market. Too bad the Founding Fathers did not have time to see the Stock Market. The Stock Market enriched members of the presumed Ruling Class. How else could one enter the Political Arena with assets worth pennies but accrue and leave with assets worth Millions.

This is a good time to include a Federal Proposition to give POTUS a third Term for the good of Country. Should such an initiative Fail then move Forward with VP Pence in 2024. He will be able to carry on the RENAISSANCE OF COUNTRY. However, First order of Business is to dispatch the Bolshevik and his Sidekicks to Siberia. Keep your eyes on the Bolshevik Vice President selection. That Revelation promises to be very interesting. I reckon we will be unable to stop Laughing. 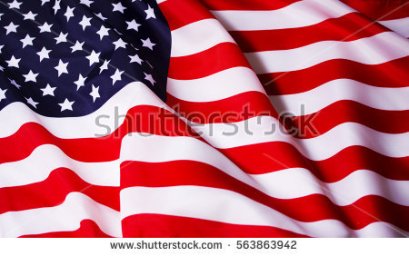