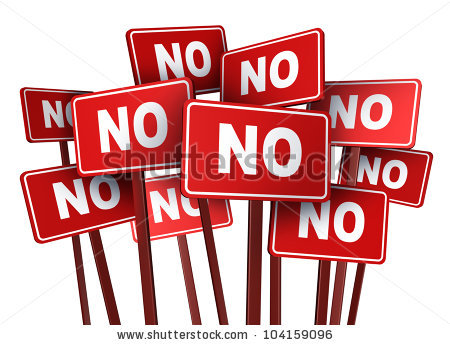 President Trump has nothing to fear but fear itself. This Russian collusion is a non-issue and will fizzle. Country is in a state of Verbal Coup. The Democrats continuous harping about this non-issue and doing nothing to further the interest of struggling United States citizens are in effect conducting a Verbal Coup. Democrats have abdicated their responsibility to participate in the Government and are in effect engaged in a Coup.

The conduct of Democrats and Liberals is threatening to take Country backward. However, successful Businessmen make good Presidents and Democrats and Liberals will soon grow tired. Democrats are doing an injustice to the American citizens. In life, it is all about Lead, follow, or get out of the way. I think it is time for the Democrats especially in the House of Representatives, to get out of the way and stop collecting Pay Checks that they cannot justify earning. If your daily existence is to say no to the agenda, that the voters clearly asked for, then you are doing an injustice to the American citizens and you should go home. Said Democrats, should be repealed and replaced by their constituents. Some Democrats in the House of Representatives qualify for impeachment.

It takes collusion to know collusion. Democrats have engaged in collusion in the last eight years that they have become sensitive to collusion. The Libya Debacle was collusion. Democratic leaders in the House and Senate are foaming at the mouth unintelligibly, to the extent that most cannot decide which of the countries on the Korean Peninsular is our ally. God may very well have spared the Empire with the election of The Donald.

After decades of failed diplomacy, there are Democrats who believe that Kim jong Un is interested in that Tag Sale and is searching for the nearest Good Will organization to donate his Nuclear Toys. To those Democrats, I will sell you the Empire Sate for a Penny. I will bet that members of House of Representatives from California, could not tell you which State in the union is known as the: “Empire State”.

The problem with that Dementia and Alzheimer diplomacy philosophy by the Democrats is that Kim jong Un will continue to ignore such pleadings. The only thing that will stop a bully is confrontation. If we who breathe, eat, and sleep the ideals of our Republic take, two mental steps back but remain physically committed, Kim jong Un will crack. He will do something unacceptable, which will provoke a military response. It will then become a situation of shoot first and talk later.

If we fail to be vigilant, California will not need a Border Wall or Lock on the door. To the Progressives who in reality are really Regressive, failure is not an option in this confrontation with North Korea; otherwise, I will see you in Heaven or Hell. I do not know about you nor do I care but I prefer to make Heaven and Hell right here on Earth.

The vitriol and verbal abuse of Potus has reached a crescendo. Those members of our community that are less than thirty years of age must think that our presumed leaders are bleeping idiots. How did a Nation so strong give birth to such bleeping idiots? Vladimir Putin is probably wondering why Russia did not attack during the Cold War period.

Anyone who thinks that diplomacy will obtain us victory over North Korea should invest in a Pine Box at the local Funeral Parlor. Verbal Coup is in full swing. Just listen to the mad congressional representatives from California. The vitriol, animosity, bickering, and unintelligible daily outbursts is at such a high level that I am amazed that Country is not embroiled in a Civil War but the Verbal Coup is still in the early stages. Even so, the violence displayed at Rallies on College Campuses is indicative that while we are seemingly far away from a Civil War we might be closer than one would like to think. The world is watching and perhaps saying, look at those imbeciles.

There are many Conservatives still alive so Country is not on the eve of Destruction but we are definitely being tested. I suggest that we gather the dissenting members of Congress and sponsor a vacation to Siberia with the support of Vladimir Putin. I am confident that upon their hastily return they would have great respect for our Republic. What do you think?

A simple thing like protecting our Southern Border should not be viewed negatively. If that border was protected and Immigrants properly vetted, ms13 would not have killed any of our young citizens. Prevent is always easier than cure. Protecting your border is a no brainer but the Democrats with Boll Weevil in their heads fail to comprehend the benefits of such action. The laxity in border protection and the immigration of an over abundance of persons is causing great harm in our minority communities. However, that fact as well as is Country experiencing Migration or Exodus will be subjects for future discussion.

The previous Administration allowed Subversive elements to inhabit the West wing. While those concerned would like to hide that fact, Country narrowly escaped a cultural invasion of epic proportion. Thank heavens for Potus; schools are no longer teaching any cockamamie Islamic tolerance. How and why did members of the Republican Party allow that to happen? I do not recall hearing any Republican Senator especially John McCain objecting to that absurdity. There are a number of Republicans who appear to have obtained membership in the RINO organization.  The RINO organization consists of members of the Political class who are Republicans in Name Only. Suspected members are part of the Verbal Coup. Listen to John McCain and Paul Ryan sometime and you will have no doubt that there is a Verbal Coup in Country.

After seven years of discontent, the Affordable Health Care proposal on the table is inadequate. After all these years, neither Party appears willing to provide a Single Payer Health Insurance solution. I find it difficult to believe that the current plan is the best that Republican Party Law makers can draft. The principal architect is mentally inebriated from being too close to or too far from the project. The principal architect lacks the understanding and interpretation of the issue. It is impossible for him to construct a satisfactory plan. The segmentation of the Republican members of congress could lead to the demise of the Republican Party.

Until the “Freedom Caucus” is 435 members in the house and 100 Senators in the Senate, they are a minority Group and will not have final word on any legislation nor should they be allowed to.

If the intent of the “Freedom Caucus” is to do nothing and bring Government to a halt, then they are doing a terrific job. If the “Freedom Caucus” believes doing nothing will metamorphose into a Landmark decision, then my feedback is, awake from that delusion. Each “Freedom Caucus” member should stop collecting paychecks and deposit said funds to the Health Care entity of choice until President Trump signs satisfactory legislation.

President Trump has nothing to fear but fear itself. It is all right but then it has to be all right unless the Republicans wish to squander their gains and be tarred and feathered in an election near you. This would leave Potus to fight the good fight against all foes. Frankly, at this rate the President may do better without them. Some men fight better when they have no Army. Sometimes an army of Politicians is a distraction. Well, perhaps only in Washington since the Fifth Dimensions or was it the Age of Aquarius. The verbal Coup has been going on so long now, I do not even remember. Where is Clint Eastwood when you need him?

Despite the Verbal Coup, Potus can still get his Agenda across the finish line. The Domestic Agenda of Health Care, Border Wall, Military improvement, Tax Reform, Illegal Immigration, and Manufacturing Jobs are all doable. It is unlikely that Potus can do much about Deficit and Debt in the near term. However, he needs to develop a sound strategy to accomplish the rest. Anything less than complete accomplishment will be perceived as failure. However, if that is the scenario, I hope that the Democrats Calculus for 2018 is incorrect and members of the Democratic leadership will be persuaded to retire young or in discontent. 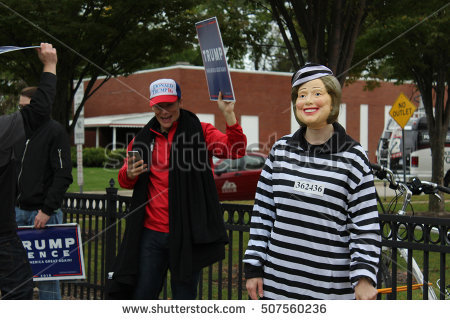