It seems to me, that Jamaicans should be proud of the performance. The team placed 11TH out of 43 teams with 27 Medals in total – 7 Gold, 9 Silver, and 11 Bronze. See the Final performance results. Not too shabby for an Island Nation.

Previously I said, “I am expecting improvement in the Field events such as Long Jump, Triple Jump (Hop, Skip, and Jump), Javelin, Discus, Shot Put, Hammer throw, and High Jump.” Oops, it happened.

Clearly significant improvement in Field events, since World Championship 2017. I am impressed with the wealth of Talent on the Female side of the Jamaican Track and Field Ledger. Perhaps, that will get the Male athletes to step up. Very soon, I expect the Men to step forward with stellar performance in Field events.

The Hurdles event has caught on. Ronald Levy won gold in the 110M hurdles. Janieve Russell won gold in the 400M hurdles. Hansle Parchment won silver in the 110M hurdles. Danielle Williams won silver in the Women’s 100 meters hurdles. Jaheel Hyde won bronze in the Men’s 400 meters hurdles. Yanique Thompson won bronze in the Women’s 100 meters hurdles. My expectation is that it will require less effort to improve the performance in Hurdling than it will for additional improvement in Field events. I am wondering who will start throwing the Javelin – someone, anyone, Male or Female. It is a unisex sport.

That Yohan Blake won bronze in the Men’s 100 meters and Elaine Thompson did not have a good outing by her standards, is cause for concern. There is only so much continuous running in the legs of a Professional sprinter. Yohan Blake might be approaching that point. I think he participates in the 2020 Olympics and then retire. It might be a good idea for Elaine Thompson to switch camp and work with Glen Mills.

The people responsible for training the Women’s 4 × 400 meters relay team is doing a great job. Over the years that quartet, mix or match, has been competitive or dominant. Perhaps, they should be commissioned to recruit Male athletes to run the 400M exclusively. The 400M race needs new stars. Until there is discovery, nurturing, and development of at least three (3) consistent 400M sprinters, lack of significant representation in the Men’s 400M race will be obvious. Excellent performance in the 400M event will require men who will consistently run between 43.01 and 44.5 and women who will consistently run between 48.0 and 49.4. This is a serious challenge. The 400M race is the most exhausting of the sprints.

Having said the above, what are my expectations for the Olympics in 2020? I have none now. It is too early to speculate. I am confident they will take home some Hardware from Olympics 2020.The results from Commonwealth Games 2018 are impressive. Congrats to the entire team!!!

Performance in the Diamond League will determine Olympic 2020 readiness. I think there will be a changing of the Guard in the Sprint events. There is unlikely to be replacements for Usain and Shelly-Ann by 2020. If you considered Usain – Yohan and Elaine- Shelly-Ann One-Two punches, until proven otherwise I have not seen that male or female athlete. I have not seen another Male athlete capable of running sub 10.0 seconds or a Female athlete capable of running sub 11.0 seconds for the 100M. Yohan Blake and Elaine Thompson have demonstrated they can. However, based on recent performances, they are required to prove they still can. 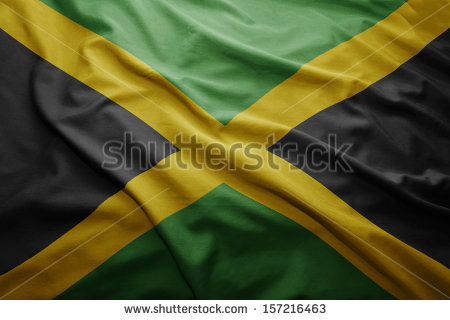