Technologically the concept is good but beyond the apparent, driverless vehicles will have Global Economic and Security impact. For whom are driverless vehicles being made? Whom will the Technology benefit? Artificial Intelligence (AI) is good but at some point, it will threaten Human existence or the survival of some. Technology in the form of computers and the Internet has replaced and displaced some in our Global Community. Barcode scanning replaced Cash Registers and displaced Cashiers.

Driverless vehicles will benefit individuals who have lost Motor Skills or the coordination required to operate a vehicle. However, said persons will have difficulty getting to and inside the vehicle. Clearly, the Human element will still be required, unless a Robot provide assistance. The Robot is Artificial Intelligence.

It is possible that Driverless vehicles will benefit Business entities convinced that automating that task might reduce expenses and increase Revenue. That is imaginable if the intent is to replace the chauffeur or the driver of a Van or Truck. However, you will need someone to open the door or deliver the flowers, unless you intend to replace that person with a Robot. The challenge will be, is it cheaper to purchase a Robot or hire a person.

Not everything new, even that which is good, is better. Driverless vehicles will have an adverse effect on Global Economy. The Technology will have an undesirable impact on the Workforce. All who make a living driving a vehicle, from Taxi Drivers to Truck Drivers; will have to seek alternative occupation.

If driverless vehicles replace Taxi and Truck Drivers, how will those individuals and their families survive? Around the Globe, Millions of people make a Living driving some kind of vehicle. If replaced and displaced, how will they survive?

The knee jerk response is a displaced worker can be re-trained. Good luck in re-training Millions or Billions of people. It has been my observation that those who utter the re-train narrative are individuals who never considered that option for themselves. Many in the Professional/ Vocational ranks should retrain but that would undermine the time and effort invested to attain their status, including Student Loans. We should respect and provide for those who choose to drive vehicles for a Living.

Driverless vehicles have potential security risks. In an era where vehicles are used by terrorist or abnormal human elements to kill, it is possible to imagine Driverless vehicles as missiles. You probably have never seen a Land Missile but stay alert and aware, that event is coming to an intersection near you.

The tragedy from those incidents will make the All State and Farmers Insurance commercials depiction of mayhem appear kindergarten. Insurance companies will seek to benefit from the Technology by creating special policies. Profiting from inventions or emerging technology has always been how some business entities thrive – drive on. 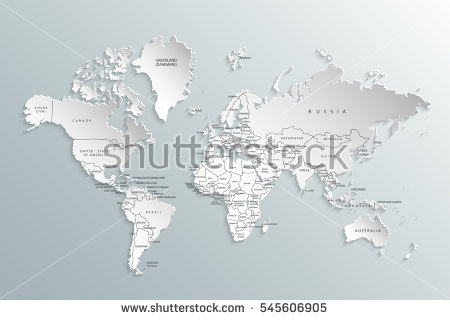