In a previous article, I said that there should be a ban on the sale of assault weapons otherwise; we will have another Virginia Tech incident or worse. Sadly, I was right. Since then we have witnessed the Colorado Theater incident, Sandy Hook Elementary School, Orlando nightclub, and now Las Vegas massacre.

An Assault Weapon compared to a handgun is the equivalent of purchasing a car when you only need a Wagon wheel. There is no point in purchasing a car if you are not going to drive it. In the same token, there is no point in purchasing an Assault Weapon if you are not planning to shoot it. Yes, you can go to the range but the idiots buying Assault weapons are not interested in silhouette. Idiots buying Assault weapons are interested in shooting a pop up target, an animal, or another human being, even if they fabricate a reason to do so such as shooting their spouse.

Sales of Assault weapons are not good for the civil health of our society. Imagine the 60’s riots with assault rifles. The state of Virginia appears to be the most popular point of sale but I think there are others like Arizona, California, Nevada, and Texas. If the Justice department trace the Serial numbers on the Assault weapons recovered from Mexico better than 80 percent would have been purchased in one of those states.

Gun shops are all about the money. Once again, greed rears its ugly head similar to those who took money to teach individuals how to fly airplanes, even after realizing that said trainees had no interest in learning how to Land. Greed got us into a financial crisis. Greed from the sale of Assault Weapons will create mayhem in our society. We have to ban the sale of assault weapons. Our Society and way of Life is in danger of falling off the proverbial Cliff.

In the aftermath of the Sandy Hook tragedy there were buffoons talking about arming teachers. That is a bad, ridiculous, and ludicrous idea. Arming teachers is an idea that has permanent residency in the preposterous. The simple solution is to take some of that ridiculous money Superintendents of the schools make and install cameras at all corners. In addition, put a security detail together with qualified Guards and CCTV. Use common sense and security measures to ensure that unauthorized persons do not gain access to said premises, to include security personnel and camera surveillance at all perimeter entrances and exits. Maintenance of such a system will require two shifts of Guards and a second shift on duty until all school personnel leave each day.

The second Amendment is alive and well but it is time to restrict or prohibit the sale of assault weapons. Neighborhood facilities are not war zones. What was witnessed on Sunday should give non-military people a glimpse or preview of what a war zone look and feel like. That kind of event does not belong on our streets. Our streets are for the expression of civility, peace, love, and accord. This was a planned slaughter of innocent people, who were out having fun. Stephen Paddock picked the time of day, and his location to maximize the carnage. He cleverly selected a vantage point that gave him maximum view and concealment. Unless you are highly analytical or with a military past, in that crowded space with poor lighting, you are at a significant disadvantage against someone firing a rifle in automatic mode.

We may never know why Stephen Paddock decided to end his Life. Clearly, he did and decided to take some people with him. The Las Vegas massacre was the echo of Stephen Paddock saying; stop the world please, let me off. It is possible that he had a vision of meeting with seven virgins to make his wives in the after Life. Unfortunately, his mission may have left several wives on earth to carry on as virgins in darkness. I wish them all well as they deal with grief and move forward. 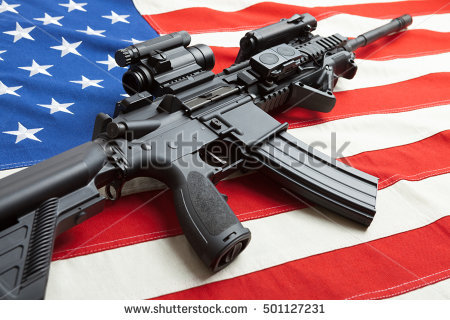